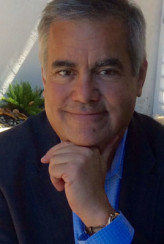 Henry Gradstein has over 35 years of experience litigating and trying a wide variety of entertainment, intellectual property and complex business cases, including a top-ten jury verdict against PBS in California and numerous other multi-million dollar verdicts and settlements. He has extensive experience in all aspects of entertainment, intellectual property and complex business litigation, and has a proven track record litigating complex matters as lead trial counsel. He is a 1979 graduate of U.S.C. Law School, where he served on Law Review.

Mr. Gradstein has been named by The Hollywood Reporter as one of its Top 100 Power Lawyers, by Billboard Magazine as one of Music’s Most Powerful Attorneys and by The Daily Journal as one of California’s Top Entertainment Lawyers and a Leading Intellectual Property Attorney.