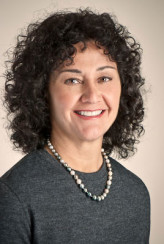 Maryann R. Marzano is a Martindale-Hubbell rated AV® Preeminent™ 5.0 out of 5.0 attorney, with over 37 years of litigation experience representing both plaintiffs and defendants in high-risk cases. She is known for her tenacious representation of clients, the high quality of her written work and advocacy skills as noted by clients and jurists alike, and her willingness always to give a 150% effort.

Ms. Marzano has been named a Super Lawyer and received the prestigious California Lawyer Attorneys of the Year award (CLAY award) in 2017 from The Daily Journal for her work with co-lead counsel Susman Godfrey in representing Flo & Eddie (founding members of the legendary band, The Turtles), along with a class of owners of pre-1972 sound recordings for copyright infringement by Sirius XM.

Ms. Marzano represents clients at all phases of litigation, through trial and appeal. She has also successfully handled administrative actions, arbitrations and mediations on behalf of both plaintiffs and defendants in all State and Federal courts, including bankruptcy and probate courts, and before a wide variety of governmental tribunals. She has also successfully represented clients in matters before the SEC, IRS, FTC, USDA, FAA and NASD/FINRA in both civil and criminal matters. She has supervised international litigation and investigations, and managed complex litigation matters in the United States, Canada, Europe, the Caribbean and South Pacific.

Representative clients range from Fortune 500 companies and executives to small businesses, charitable organizations, banks and high net worth individuals. She has counseled them in a wide variety of litigation and administrative proceedings as well as in general business contexts.

Extensive appellate experience includes the successful briefing and argument of appeals before the Ninth Second and Eleventh Circuit Court of Appeals, California Court of Appeals and California Supreme Court, resulting in numerous reported and unreported decisions. Several of those noteworthy decisions certified for publication include:

Pro Hac Vice Admissions in the Districts of Arizona, Illinois, Nevada and Rhode Island, and in the Southern District of New York and Florida